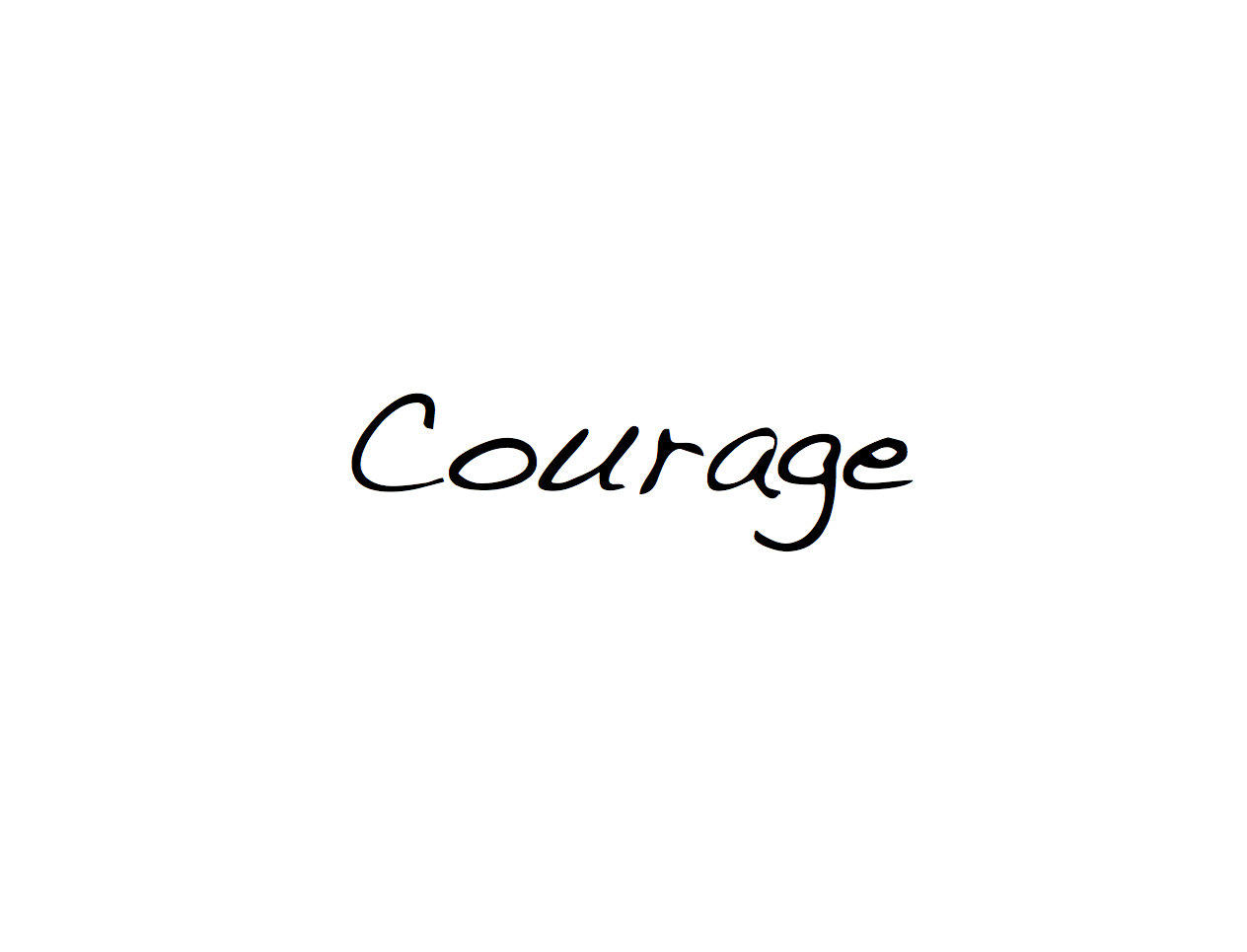 “God, give me grace to accept with serenity the things that cannot be changed (part 2), courage to change the things which should be changed…“

(Reader’s Note: For your convenience, I’ll always reference the portion of the prayer we’ve already discussed at the beginning of each article, with links to each of the previous articles.)

The Bible is filled with stories about courage. Interestingly enough, these stories are often as much about courage and faith to trust in God as they are courage to face a tough circumstance or adversary. Sure, sometimes it’s courage to stare down enemy (David), but it could just as likely be courage to look stupid by following a counter-intuitive God plan (Noah) or wait patiently for God to act when everything inside us wants to take charge of it ourselves (Abraham).

This version of the Serenity Prayer focuses on courage to change the things which should be changed. This is different than the more common prayer circulated these days, which says to change what “can be changed”. This begs the question: as Christ followers, is it sufficient motivation to want to change our circumstance simply because we can? Just because something can be changed, doesn’t mean it should be. Change for the sake of change isn’t inherently good. “Don’t change the ancient boundaries”, the Old Testament admonishes believers (Proverbs 22:28). Some principles we’re established for good reasons and shouldn’t be changed for more superficial ones. If we can manipulate someone into giving us what’s theirs, does that mean we should (Jacob)? If I can take an action and experience no temporal consequences in this life, is that sufficient cause for doing it (Psalm 73)?

As believers, our ethic around change should be reflective of a comment made recently by Passion of the Christ actor Jim Caviezel, who said, “Every generation of Americans needs to know that freedom exists not to do what you like, but having the right to do what you ought.”

First Corinthians 6:12 encourages us to think beyond merely what is legal and asks deeper heart questions. Is it beneficial? Will doing it slide me towards becoming enslaved by it? Ultimately for the believer, it’s God’s Word — which is reflective of God’s law and, in turn, reflective of God’s heart — that serves as our plumb line for such decision-making.

Again, consider young David in his confident confrontation with a defiant Goliath, or the three young boys who respectfully (but firmly) told King Nebuchadnezzar they wouldn’t trade their worship of the One True God for bowing down to him. In both cases, something more was at play than merely taking a stand because it could be taken. They are examples of pursuing change because something ought to be. Often, such Biblical examples are taken in response to an injustice against God’s name or God’s people.

While the two previous examples demonstrate how God can miraculously show up when believers take a bold stand, we shouldn’t interpret this as a guaranteed formula for achieving such an outcome. Hebrews 11 is filled with men and women who took a similar stand against injustice and paid for it with either immense suffering or death.

As Christians, we are responsible before God for what we do, not how things ultimately turn out. Therefore, doing what’s right is always more important than achieving a right outcome. As Delta Force and US Army Retired Lt. General Jerry Boykin recently commented about his own recent challenges: “Never cave in when you know that you are standing for what is right and true, for these are the principles that made this nation great. STAND, even if it means you lose your job. STAND, even if it means you lose your life. The founding principles of this nation are worth defending, even if it costs you.”

Having courage to change what should be changed has broad application to many areas of life, whether we’re advocating for legislative change, addressing safety concerns in our neighborhood, repairing relationships within our faith community, applying personal discipline to loosing weight or applying spiritual discipline to surrendering an area of besetting sin.

But what determines “accepting what is” versus pressing for change? As Christians, we can sometimes become paralyzed in the middle unless we have clear wisdom, which we will discuss in more detail next time.

My Take on “Fake It ’til You Make It”

Pausing Christmas to Give Thanks