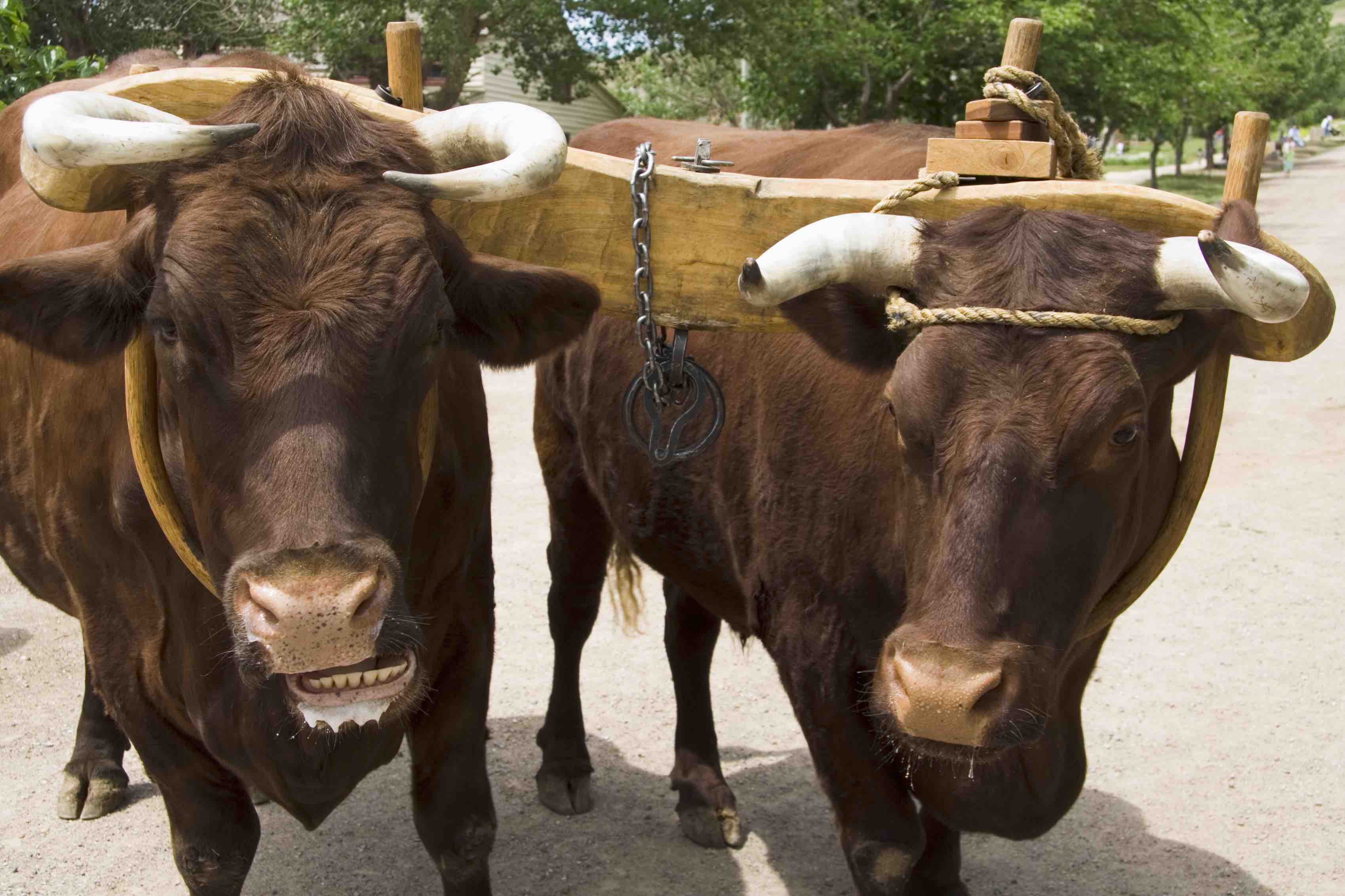 Pair of oxen yoked together. Excerpt #1 from my forthcoming book, Unburdened. Find other excerpts from the book here.

“Come . . . all who are . . . burdened. . . . my burden is light.” This is a very different kind of unburdening than we’d initially think and, on brief reflection, different than we might even want.

The idea of being unburdened conjures up images of running a full-tilt Olympic sprint without restraints, completely unencumbered. We certainly have this in store for us in heaven, but this isn’t going to be our experience now. Instead, what we’re offered here is the freedom to no longer have to pull the entire load ourselves.

1. performing and people-pleasing for acceptance from others and ourselves
2. religious piety to gain acceptance from God
3. as Christian leaders, doing both of these alone at the top

The yoke Jesus speaks of is that old-fashioned farming tool used to leverage the strength of oxen to till the farmer’s land. In the metaphor, Christ offers us to join his yoke, meaning he not only offers to be our “yoke fellow” (a constant companion for the journey) but also to bear the brunt of the load for us as the stronger ox.

Note that the burden isn’t absent, but rather “light.” What, then, is the nature of the weight of this new, lighter burden? It’s the weight of

1. remaining in the yoke (similar to the abiding in the vine concept of John 15)
2. surrendering to his path and the work he wants to do in and through us

Incidentally, Jesus says he’s “gentle and humble in heart.” This means he’s not going to say, “Get it right or else” be punished, verbally shamed or have something good withheld (like we might have experienced in childhood). Rather, he gently whispers, “I love you and I’m sorry you made a harmful choice. How can I help you bandage this up and get back on your feet again?”

Note the implications for how we treat ourselves here as well. If we’re going to be harnessed with Christ, we need this same gentleness and humility with ourselves, especially when we feel the burden getting heavier again from not following his lead.

While this has application for every believer, would this somehow apply any less to the Christian leader? Of course not. However, except for unique situations, this likely can’t be played out publicly in real time in front of our congregation or the ministry participants we lead. As Christian leaders, we need support from those who understand our unique situation and are willing to extend grace as we imperfectly work through things.

Practically speaking, each of us needs at least one person we can reach out for such support. This is a safe person who can be cultivated for such a purpose. If we don’t have one, we may need to pay for one. Professionals like me exist for a reason. It can be expensive, but lack of support in a critical time can be even more expensive, costing significantly more than just dollars. Think about it: What’s the price of a lost marriage partner, visitation to kids on the other side of the country or the complete loss of decades of ministry investment? How to Wait on God

You Can’t Control It