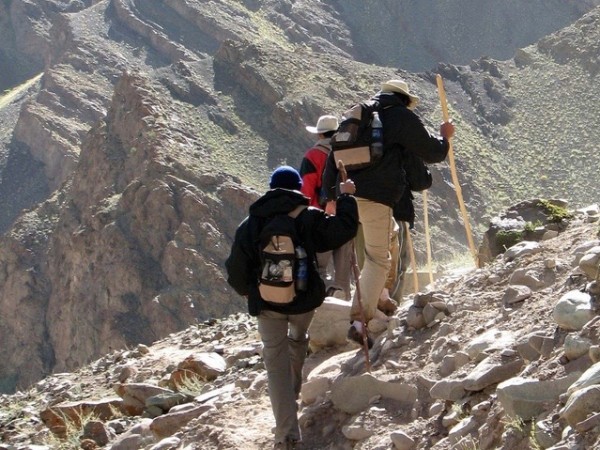 Excerpt #6 from my newest book, Unburdened: The Christian Leader’s Path to Sexual Integrity. Find other excerpts from the book here.

Relationship is at the foundation of what God meant when he said about Adam, “It is not good that the man should be alone” (Gen 2:18). Yes, this reference is traditionally applied to marriage at nearly every wedding, and this is most certainly true. However, the passage has a more obvious and basic application when taken simply as it’s stated—it’s not good for any human to be alone. If even God isn’t alone, then we shouldn’t be, either.

By the way, to whom was God making this comment? It wasn’t directed to Adam, and no other humans had yet been created. This comment was expressed in the context of God’s relationship among the persons of the Trinity—further evidence of the relational nature of the Godhead, with clear implications for us created in his image.

While our marriage is arguably the most important human relationship, the most basic of human relationships is the one existing between same-gendered friends. They are most like us and, therefore, have the greatest ability to speak into our lives from a similar perspective. For married men, these relationships can also encourage us to be the best husbands we can be to our wives. Such men can often speak into our lives in ways our wives can’t. And to be honest, if our wives offered direct advice on how to be a better husband, there’s a real chance our fragile male egos might not receive it well, anyway.

Married and unmarried alike need relationships with other men who can understand and encourage them. The trick as Christian leaders, of course, is not only finding such friendships but also risking the pursuit of them. (Senior pastor Brad Hoffmann and I devote considerable attention to this problem and suggest practical steps toward developing deep friendships in our book, Preventing Ministry Failure.)

This is where we must refuse to be part of the 70 percent of Christian male leaders without a close friend. Yes, it’s unfamiliar and perhaps even scary. From my vantage point, given all the carnage I’ve witnessed for more than a decade, it’s the most neglected of all relationships among men who are Christian leaders. On the other hand, the most successful cases I work with are the ones willing to leverage male friendships—either by deepening ones they already have or by forging new ones. Freedom from the Bondage of Fifty Shades

I Serve at the Pleasure of…